The following portraits began with a 'selfie' in 2013.
At that time I was interested in doing portraits of my direct female line with old photos that I had of my gr.gr.grandmother, my grandmother and my mother.
In 2017 I was informed that my mitochondrial DNA had been newly recorded as being 20,000 yrs old ... WOW ... my mind did some major flips, my imagination was unstoppable, resulting in a portrait that I imagine may be what my ancestral 'mother' may have looked like 20,000 yrs. ago. 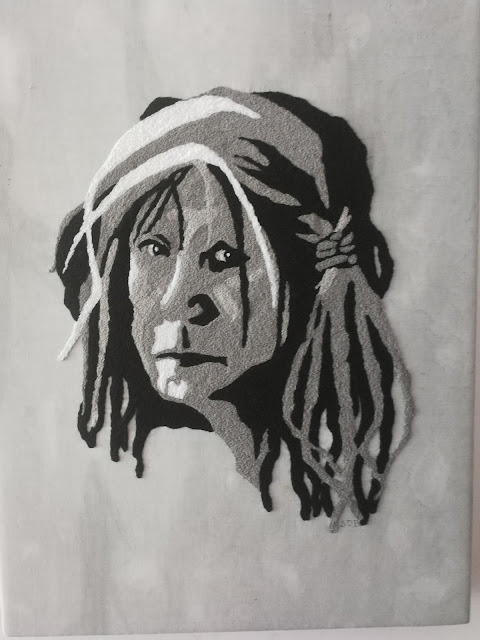 And Then; along came a need for a show .... Evelyn Nesbitt representing an antique corset for; 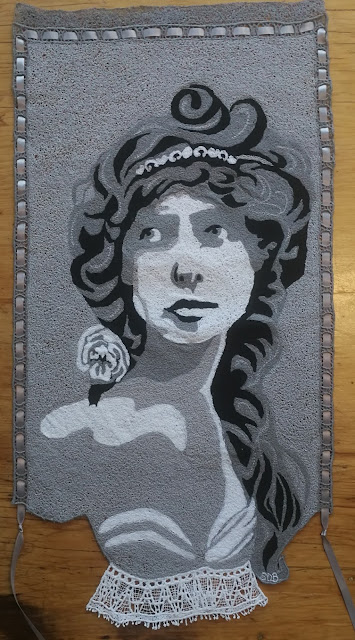 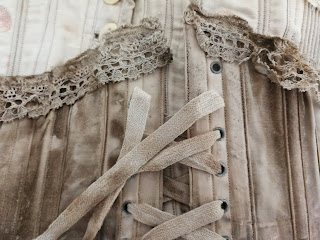 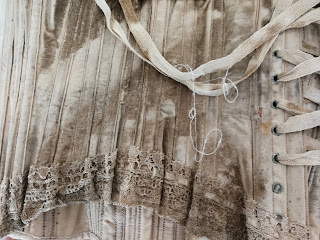 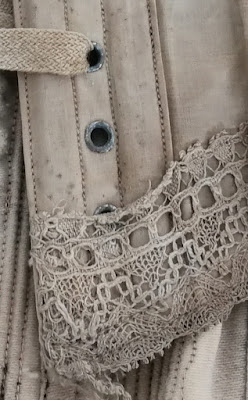 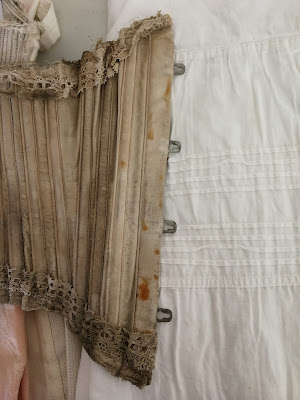 This old corset was found in the walls of an old hotel that was being renovated. I have tried to replicate the lace. Evelyn Nesbitt was one in a stable of young beautiful women who modelled these corsets and other clothing for Ladies Wear advertisements in newspapers and magazines around 1900.
Posted by Threadpainter at 1:06 PM 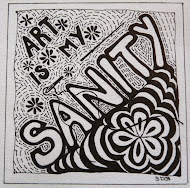